MS is an inflammatory-mediated demyelinating disease of the human central nervous system (CNS). The disease develops in young adults with a predisposing genetic trait and most likely involves an environmental insult such as a viral infection to trigger the disease. 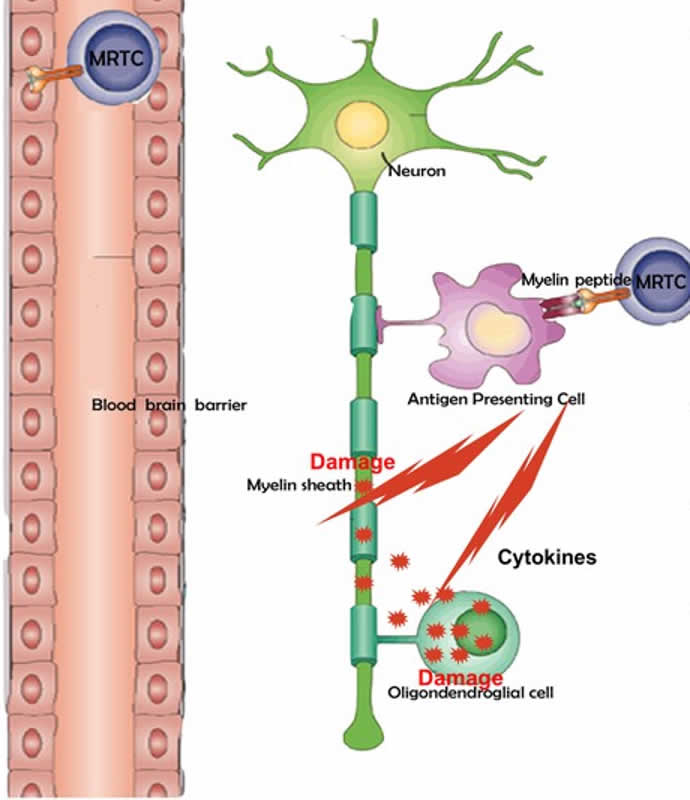 The innate immune system plays a central role in the chronic central nervous system inflammation that drives neurological disability in progressive forms of multiple sclerosis, for which there are no effective treatments. The mucosal immune system is a unique tolerogenic organ that provides a physiological approach for the induction of regulatory T cells. Nasal administration of CD3-specific antibody ameliorates disease via an IL-10-dependent effect that is mediated by the induction of regulatory T cells that share a similar transcriptional profile to Tr1 regulatory cells and that suppress the astrocyte inflammatory transcriptional program. Treatment results in an attenuated inflammatory milieu in the central nervous system, decreased microglia activation, reduced recruitment of peripheral monocytes, stabilization of the blood–brain barrier and less neurodegeneration.

Tiziana conducted a Phase 1 trial, at the Brigham and Women's Hospital, Harvard Medical School, Boston, MA. The trial was a single-site, double-blind, placebo-controlled, dose-ranging study in healthy volunteers with nasally administered Foralumab at 10, 50 and 250 µg per day, consecutively for 5 days for the treatment of progressive multiple sclerosis (pMS). 18 subjects received Foralumab treatment and 9 patients received placebo. All nasal doses were well tolerated. Biomarker analysis showed significant positive immune effects, that were most prominent in the 50 mg cohort with minimal immunomodulatory effects at the 10 µg and 250 µg doses.

A SPMS patient was treated with intranasal foralumab under an Expanded Access IND at the Brigham and Women’s Hospital (BWH), Harvard University, Boston, MA. Following completion of six months of treatment both biological and clinical improvements were seen in this patient which importantly overcame the challenge of delivering this antibody across the blood-brain barrier to affect immunomodulation in the brain. Foralumab administered intranasally into each nostril on a regimen of M-W-F for two weeks followed by one week off therapy for a period of six months. This regimen was well-tolerated with associated beneficial clinical and biomarker changes. Importantly, the PET imaging data indicated inhibition of microglial cell activation observed at 3 months following treatment initiation and was sustained at 6 months after treatment start. The reduction in microglial activation was seen in all parts of brain.