Tiziana’s Foralumab is the world’s first and only, fully human anti-CD3 antibody and can be delivered orally, making it a potential game changer in the treatment of Crohn’s Disease and other autoimmune diseases through higher efficacy and reduced toxicity. The United States Patent and Trademark Office has granted a patent covering its proprietary formulation for oral administration. Additionally, Tiziana is employing another revolutionary approach to treat patients with neurodegenerative diseases such as progressive MS (pro-MS) by delivering Foralumab via nasal administration. Foralumab modulates the immune response, reducing inflammation locally and systemically, through interaction with the gastrointestinal and nasal mucosal immune system. Tiziana anticipates the initiation of a Phase 2 trial with nasally administered Foralumab in progressive multiple sclerosis (pro-MS) in Q2 2021. Phase 2 trial with orally administered Foralumab for Crohn’s indication is anticipated to be initiated soon

On June 19, 2020, Tiziana announced that patent 10,688,186 titled “Anti-CD3 formulations”, Inventor: Kunwar Shailubhai”, is the first-ever to be granted on anti-CD3 formulations and covers oral administration with lyophilized and stabilized free-flowing powder of Foralumab or any other anti-CD3 mAb, encapsulated in enteric-coated capsules, for treatment of human diseases. In addition, the stabilized liquid formulation of Foralumab and other anti-CD3 mAbs for nasal administration is also covered in this patent. These formulation technologies have the potential to transform immunotherapies, which currently can only be administered intravenously or subcutaneously. 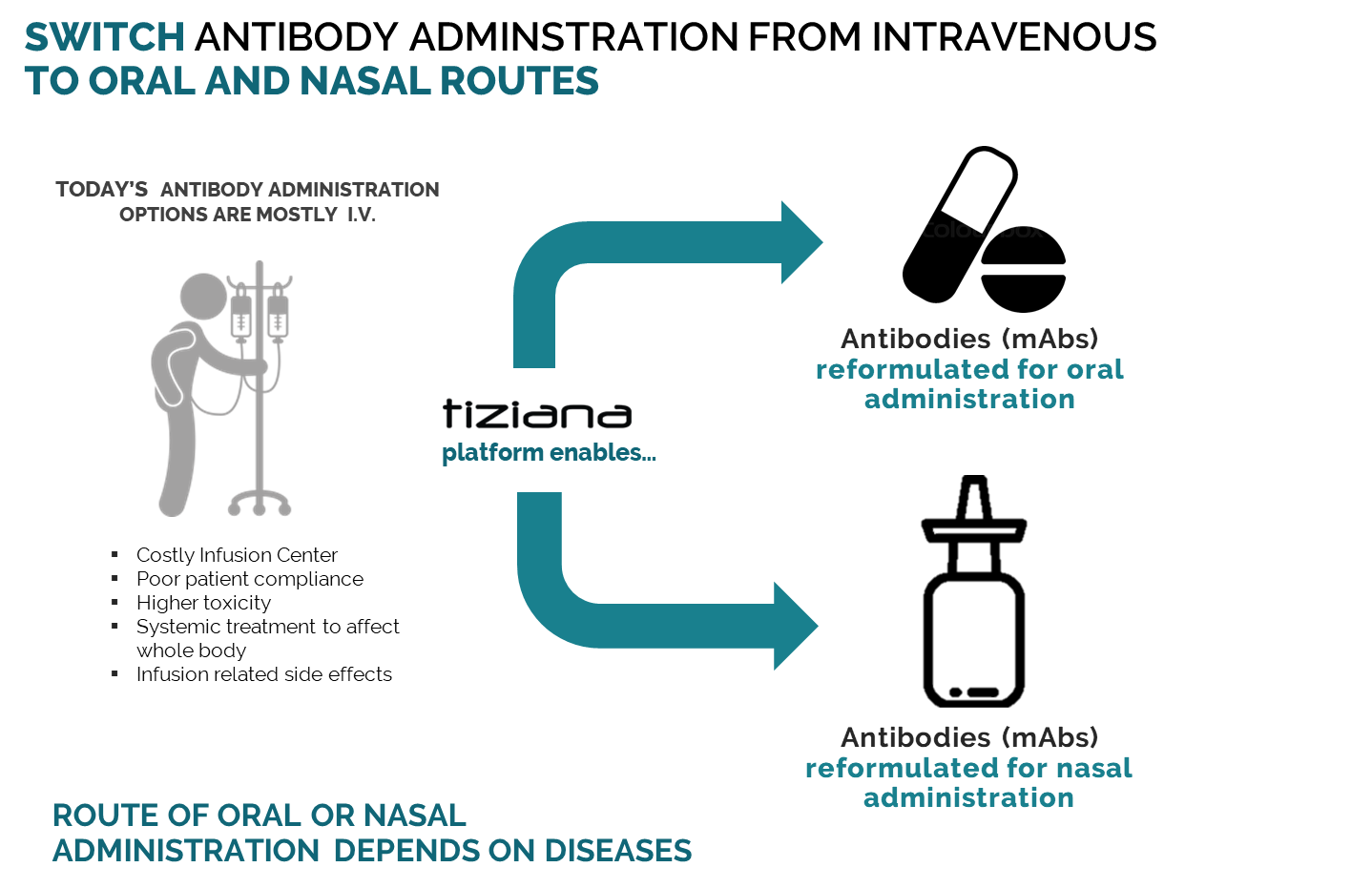